adventures with light
HomeTravel3 most popular festivals in Pakistan
Travel

The relatively young nation of Pakistan is located on an ancient land which has seen the birth of many great civilizations, giving the region a very diverse and culturally rich heritage. This land celebrates its unique heritage by celebrating many festivals held all over the country. Some of the festivals are held on Islamic holy days but many have been celebrated over centuries by the various indigenous people and mountainous tribes of the nation. The country which is located at the confluence of Central Asia and South Asia has been blessed with a rich and diverse cultural tradition. The area has at various times of its existence been conquered and ruled byempires from Europe, Central Asia, and the Indian sub-continent, and the variousfestivalsshow of this diversity. The celebrations are influenced by both religion andcenturies-old cultural traditions.

The rich tapestry of the festivals covers folk dance, traditional music shows, horse and camel races, fairs with cattle shows, kite flying event, and even a polo festival. The festivals and celebrations reflect the unique local culture, tradition, and customs.

This festival has been celebrated for centuries with the advent of the spring season. In mid-February every year one can see the sky resplendent with thousands of colorful kites of all sizes and types. The event also brings out the best in the people of the region who celebrate the season with dance, music, wearing traditional dresses and enjoying traditional special food dishes.In the cold mountainous regions, this festival has a special significance as it marks the end of winter and coming of the new season of fruits flowers and good cheer. This festival does not any religious significance but it not less celebrated in full spirit and zeal.The part of the year when the farmers and mountain dwellers can relax and enjoy the fruits of their labor is a sight to behold. The festival sets the mood and tone for the coming of the seasonal new year.

The Punjab region especially the city of Lahore is the epicenter of the Basant festival. People can be seen flying kites from the roof of the buildings. Hotels and tour organizers arrange function son the rooftops for visitors from other regions of Pakistan and abroad. The joyful mood of the festival is infectious with locals visiting their relatives and elders. The meeting of families and recreation century-old tradition is the hallmark of this seasonal festival. 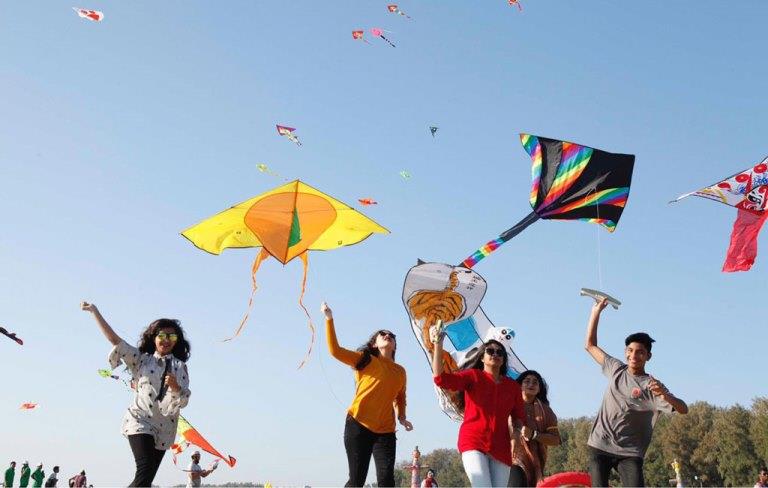 Like any spring festivals celebrated all around the globe, this festival sees a riot of colors, people in traditional dresses, enjoying the advent of a new season by filling the sky with colorful kites, making and serving of traditional dishes.Visitors can book locations and hotels in advance to enjoy this colorful festival to its fullest. The various tourism boards design tour packages which cover all the cultural activities in the region during the spring festival.

In July the beautiful area of Shandur pass, known popularly as the ‘Roof of the word’ holds one of the most prestigious and popular horse Polo tournaments. The tournament is part ofelaborate celebrationswhichfeatures folk performances, music, and even trout fishing expeditions. The Shandur pass is a major mountain pass between Chitral and Gilgit. The highlight of the festival is the polo tournament between the teams from Chitral and Gilgit.

The history of the unique game of Polo is as fascinating as the game itself. The game was reintroduced to the region of South Asia,and in the ancient times,the rules deciding the number of players that could participate and the time the game could go on were more flexible. The team that scored a predetermined set of goals first became the ultimate winner. Today the rules are slightly different in keeping with the modern times, with a limit on a number of players.

The region of Shandur pass close to Gilgit, Chitral, and nearby villages have played the classic game in the traditional way. The history of the game is rich with royal patronage of the Maharajas’ and local royalty. It was always a sport of royalty who found a platform to show off their soldier’s skills, chivalry, and bravery through the tournaments and festivals associated with it. The kings and kingdoms are gone but the event becomes an occasion for patrons and sponsors to contribute to cultural heritage. Multinational companies, large national corporation, tour operators and hotels get involved in the smooth conduction of the tournament and the festivities.

The current origins of the modern Polo tournament and the festival can be traced to the year 1936 when the British started the tradition of playing Polo under the glow of the night moon.Visitors come to see the exclusive tournament held at almost 12000 ft above the plains, in a place which is surrounded by many of the highest and majestic mountains of the region.The festival not only follows a great sporting tradition but also illuminates about the culture and traditions of the mountainous tribes of the region. One can see their unique culture and customs preserved and continuing for centuries.

To enjoy the events related to the festival visitors are advised to book in advance the various activities like trekking, hiking, horse riding, mountaineering and trout fishing. They all get to enjoy the unique mountain scenery with glacier-melt lakes,white-tipped mountains, along with their unique alpine flora and fauna.The tournament and festival organizers set up great facilities to promote tourism and attract foreign tourists in the region. Restaurant facilities are set up. Merchants from cities like Peshawar, Gilgit, and nearby villages open up local arts and craft shops, to show off their cultural traditions. The tournament is a great opportunity for visitors to participate in the unique sport of Polo and mingle with the mountain people and understand their cultural traditions.

This festival held at Fortress Stadium in Lahore, Punjabshowcasesvaried and a rich variety of events. The events involve cattle races, cattle dances, folk music, dances, folk games, tent-pegging and parades of cultural floats. The show can be described as an eloquent expression of Pakistan’s unique culture and heritage, along with the display of its agriculture and industrial achievements. Visitors from all around the nation and the globe come and see this uniquely colorful and fun festival.

It is a great event for people interested in appreciating the best breeds of animals and livestock. The display and parade of domesticated animals, animated dances by horses and camels, tent pegging, polo matches, and dog shows are the main attractions of the festivals. Very limited festivals held in the world has such a rich variety of activities involving colorful displays and shows of human skills in training animals. The event also involves music by the nation’s military band, brave acts by stuntmen and rhythmic gymnastics and dances by children. Every stratum of the society come along to support the show, festival and animal fair. People fromurban areas are introduced to the lifestyle of the people living in the villages and mountainabodes. They get to understand the centuries-old traditions still followed by the people in the villages and mountains. Fairs and festivals like this give the stakeholders the only opportunity to show both their culture and art traditions.

The cultural activities also involve parades of tastefully decorated floats showing of the local cultural traditions and light puppet shows. Fireworks and light patterns in the night sky sets a great festive atmosphere. The local populationgets an opportunity to show off their agricultural expertiseand traditional skills.

The participant soft the events compromises of representatives of the various national cultural boards, tribes, army, rangers, schools, industry bodies and art councils.They all play an important part in making the event a success. Visitors are treated to a unique cultural activity now very specific to the south Asian region, but which originated centuries ago in the central Asian plains.

If you have now found interest in not only visiting one of the great festivals in Pakistan but also travelling through that beautiful country, visit the German website Backpackertrail to get further information on travel routes and local festivals.

3 Tips to Lead You to More Discounts

4 cool things you will learn at sailing trips

Vacations within a strict budget – Think about a Staycation

River cruises in the Netherlands: What to expect on a Dutch cultural cruise

Choose the best Airlines Online for your business trips

Top 5 Halloween Happenings near the Isle of Palms