adventures with light
HomeTravel3 most popular festivals in Iceland
Travel

Festivals sprinkle glistening flavours to our life, enabling us to gather precious moments to treasure forever. They feed our dopamine and relax our body and mind. They give us a break from the monotonous, boring life and excite our nerves. A wide range of festivals is celebrated in different countries all over the world. Is there a country which doesn’t have its own set of festivals? When we take part in the celebrations of other countries, we get to know a lot of stuff that heaven can’t tell you. We learn new things to take a piece of them with us and also leave a part of us with them. If you happen to be a lover of countries and travelling, I’m quite sure you would want to gather the experience of taking part in the festivals of the countries you visit as festivals reflect the local culture, art and heritage of the particular country in which it is celebrated. So, to fellow lovers of adventure, if Iceland has a place on your bucket list here are some of the festivals that are celebrated by the people of Iceland along with the tourists. Get to know about them and head on to plan your vacation! 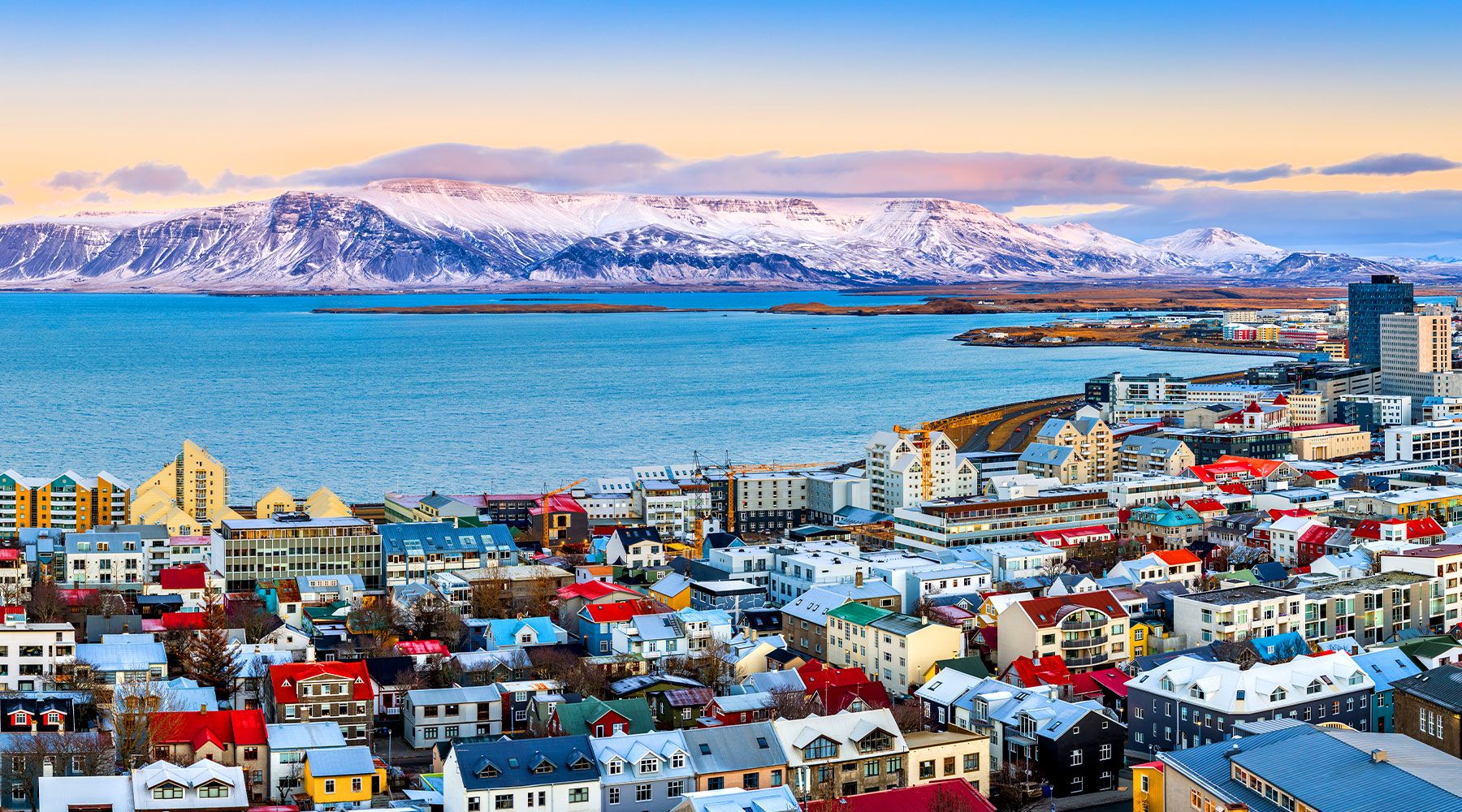 This majestic festival is thrown in August every year in Iceland. The uniqueness of the Reykjavik pride festival lies in its concept of embracing the LGBTQ community. As you all know, LGBTQ refers to Lesbians, Gays, Bisexuals, Trans-genders, Queer, Asexual etc. It is one of the major festivals celebrated in the country and gains significance on the list of world famous LGBTQ festivals.in the year 2010. It is also known as the Reykjavik gay pride parade in general.

The government of Iceland made same-sex marriage legal and legislated LGBTQ rights in the year 2010. The church of Iceland also accepted same-sex marriages in the year 2015. But homosexual couples have already possessed their rights to adoption and IVF from 2006 itself. There are also laws for protecting LGBTQ communities from discrimination. These are the reasons why Iceland tops the list of LGBTQ countries in the world; it is also a peaceful country with no standing army. Here transgender people are accepted without any kind of transformation surgery. All these show how culturally developed Iceland is.

This festival fun lasts about a week. The festival is not only celebrated by the natives of Iceland but also attracts a hundred thousand tourists from all over the world who encourage the LGBTQ culture. The walls of long streets delight the eyes of the tourists with the colourful artistic paintings painted on them. The wall paintings advocate people embrace the LGBTQ community. The whole city gets involved in a wide range of fun-filled activities such as ceremonies, intellectual seminars, lectures worth listening and also music gatherings (Is there a festival without music? Of course, no).

The most important day in the week-long celebration is the world-famous Reykjavik pride parade which takes place on Saturday. It is conducted every year covering different routes of Iceland. The parade starts at the heart of the city, and the heart-warming celebration goes on till night. The parade celebration participation fee is stunningly free of cost. Don’t try to miss the fun if you’ve made up your mind to pay a visit to Iceland. Remember the festival is celebrated in the second week of August.

The secret solstice festival was first held in the year 2014. It is a kind of music festival that is celebrated in the Reykjavik. Though it is a new tradition of celebrating this festival, it soon became the talk of the town and gained popularity. It is listed one among the most popular Icelandic festivals. The festival takes place during the summer solstice in June with the sun shining brightly over Iceland. Marketing this festival widely has played a vital role in promoting the festival.

The Secret Solstice festival has its way of celebrations like parties inside glaciers, celebrations privately inside a volcano, parties on private boats and a lot more. The location of the festival is near the Reykjavik swimming pool. Facilities are also made for tourists to camp during the festival. Natives and tourist await till midnight to get an awesome glimpse of the midnight sun and end their long winter wait. All the party animals feed their party appetite all through the night until daylight dawns. This festival is remarkable in furnishing opportunities to localise with the natives of Iceland, get close with them as well as to enjoy the dark hours of Reykjavik. It’s featured with 96 hours of straight sunlight. The Solstice music festival announces some of the famous music artists including Martin Garrix, Morcheeba, Boy Pablo, Pussy Riot, Rita Ora, Nitin, in addition to local Icelandic acts. If you want to be enjoying yourselves under the midnight sun, look no further than participating in this festival.

This festival too, like all other festivals celebrated in Iceland, serves as a major tourist attraction and attracts more than 8,000 people to visit the country adding up to its revenue. Many great visits have been made to the Secret solstice festival, like the Foo Fighters and Massive Attack and are a matter of international scene. For all the music lovers over there, this music festival is a royal feast to you consisting of one hundred and fifty acts under six stages. It is a fact that your visit to Iceland will not be complete if you miss out its native musical fest.

This is also one of the most important festivals celebrated in Iceland. The Design march was first initiated in the year 2008. As the name suggests, it is an annual festival celebrated during March for four days 28-31 in Reykjavik. Since 2008 it has continued to be the most important design festivals celebrated in the country. The festival celebrates innovation in the minds of people and encourages them. The festival comprises of more than 100 events that are planned to cover up various fields of designing such as food designing, furniture designing, dress designing, leather designing, interior designing, garden designing and much more. Talented and renowned designers from all over the world gather in one place to celebrate the festival. The celebration mainly aims to promote architecture and design of Iceland.

Among all the other events conducted during this festival, two of them gain excessive importance they are the Design Talk (where a hoard of internationally renowned designers discuss their techniques and trends with the local designers of Iceland, helping them to stay in tune with the international trend) and the Design Match (this event provides the opportunity of meeting and gettng close with international designers even to the extent of signing contracts).

Design March is organized by the Iceland Design Centre, the promotion agency for Icelandic design and architecture. Design march is not just a commercial event meant only for the professionals, but there are also plenty of events such as installations, exhibits, multimedia, presentations, conferences and lectures that educate the audience. The celebrations are already pre-planned heading on to the future. Design march schedule for the coming years till 2022 is already well-planned.

The festivals of Iceland are stealing the attention of the world more and more day by day. There are a plethora of reasons to visit Iceland, which could not be possibly put into words. Iceland is a country worth visiting a million times, and we could ensure that every time you visit, you would experience it new. All the festivals celebrated in Iceland are celebrated by all the people of Iceland without any discrimination of caste, colour, creed, religion and all kinds of physical barriers. Travel long distances, place your foot on countries, live with them, celebrate with them and learn new things. There is nothing greater than a life filled with adventurous stories. Make use of your holidays to write the masterpiece story in Iceland. Here is a list of festivals celebrated in Iceland arranged to help you plan your vacation to Iceland.

Design march is being organized and conducted by Iceland design centre which Is also responsible for other festivals happening, and the promotion activities are done by Icelandic design and architecture. Many events are being organized, whereas the special one is called design diplomacy where several ambassadors residences will host events which reflects the designers of the countries from where they are from different parts of Reykjavik.

If you are now excited to get to know the Icelandic culture and all the festivals taking place in that beautiful country, go and visit the German website Backpackertrail to get all the information you need for your next trip to Iceland.

3 Tips to Lead You to More Discounts

4 cool things you will learn at sailing trips

Vacations within a strict budget – Think about a Staycation

River cruises in the Netherlands: What to expect on a Dutch cultural cruise

What To Do at Beavers Bend

What Are The Reasons For Obtaining A Fake Passport USA?